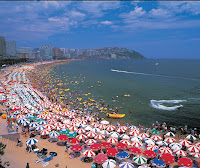 Study Focus: This study examined the association between location and drowning-OHCA outcomes in South Korea

Discussion
This study is nice for a couple of reasons: (1) it uses a nationwide database with fairly good drowning data and (2) it analyzes a country with national safety laws pertaining to lifeguards for all public bodies of water. This allows for a nice comparison given the lower variability of coverage than we would see in the US. The authors do mention, however, that they don't specifically evaluated the pools and beaches adherence to the national safety laws.

Bottom Line: In this single-nation study, drowning OHCA in bodies of water with lifeguards was found to have a higher survival to discharge than those without lifeguards.