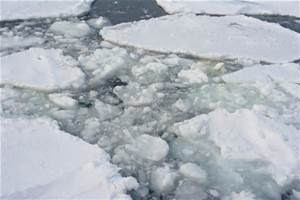 This is a case report of a year girl who fell in to icy water in Sweden after wandering away from home.  The air temperature was -12 C (10 F), and it was estimated that the girl was submerged for at least 83 minutes.  A helicopter-based search and rescue team found the girl and started CPR on the way to the hospital.  On arrival, 26 minutes after CPR was started, she was in asystole with a core temperature of 13.8 C.(56 F).

This case outlines an extraordinary recovery from prolonged submersion.  Despite dismal prognostic indicators indluing severe acidosis (prolonged submersion, asytole, pH 6.6, Hyperkalemia of 11), what she had on her side was a rapid submersion into icy water, aspiration of icy water leading to rapid central cooling, and a well-organized ECMO-based system of treatment.

The literature surrounding the used of ECMO for drowning patients has not shown much benefit.  This is likely due to the severe level of anoxic injury sustained by the study groups, since most of these patients are either PEA or aystole on arrival.  Case reports like these do show some promise, but they are few and far between, and often exclusive to the pediatric population.  What is does lend evidence to is the utility of a protocolized system of ECMO-based care in areas with a high potential for falls into icy water. Outcomes like this are only possible if every piece of the operational puzzle is planned ahead of time with buy in from multiple pre-hospital agencies and hospital departments.