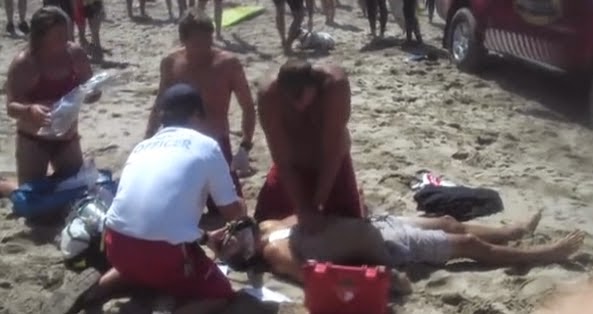 Over the last decade, we have seen multiple changes in how lay-persons are taught to treat cardiac arrests in the community.  The AHA now encourages the lay rescuer to perform compression only CPR on adults who suddenly collapse in the community, and multiple large-scale campaigns have attempted to spread this message, some better than others.  The idea behind this is two-fold: (1) it may increase the number of people willing to do CPR since there isn't a push for mouth-to-mouth, and (2) if an adult collapses out in the community, it is most likely a cardiac cause.

It is important to note that when it comes to the treatment of drowning, an injury defined by a lack of oxygen, compression only CPR does't cut it.  By performing only compressions, or by focusing primarily on compressions, the rescuer is leaving out the most important part of the treatment, restoration of oxygenation; for this reason, rescue breathing must continue to play a role in CPR for the drowning victim.

Both the American Heart Association and the European Resuscitation Council advocate for CPR following the traditional ABC paradigm in the treatment of drowning, this information is unfortunately tucked way in the back of the guidelines: 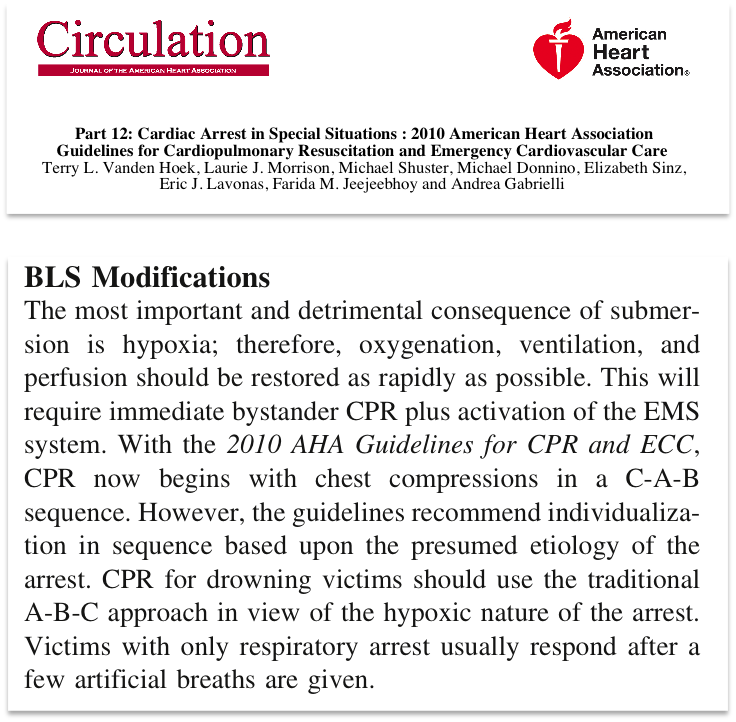