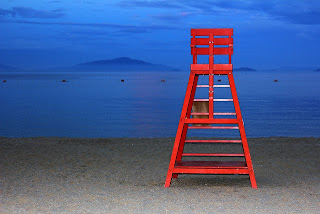 This study out of Japan looked at 11 years of out of hospital cardiac arrest (OHCA) data, primarily focusing on the patients who experienced arrest secondary to drowning and who remained pulseless on EMS arrival.  Using data from a Utstein-style out of hospital cardiac arrest database, the authors compared outcomes between the following three groups: younger children (0-4 years), older children (5-17 years), and adults ( > 18 years).

Weaknesses:
The statistic we always worry about is neurological outcome.  In this study, younger children displayed much better outcomes.  This can be attributed to multiple factors including physiologic differences, lack of comorbidities, and the fact that in general children receive more bystander CPR.  In performing studies of this nature, we can uncover differences in the acute treatment of drowning victims which improve outcome.  What I would like to see in future studies is more focus on scene information and acute EMS treatments since that initial time-period has the most effect on neurologic injury.

Reference:
Nitta M. Out-of-hospital cardiac arrest due to drowning among children and adults from the Utstein Osaka Project. Resuscitation. Article in press. 2013.
Posted by Andrew Schmidt, DO, MPH at 8:42 AM