Today I present two articles from the June 2012 issue of Resuscitation, primarily to highlight the impressive efforts of the European and Scandanavian drowning research community.  Continually, they have provided high quality epidemiological data particularly in regards to cold water submersion.

The first article by Wanscher et al, describes the treatment course and outcomes of a very unique and interesting study population.  They report on a tragic but enlightening event which can only be described as an accidental case-control study, in which 15 individuals submerged in cold water after their boat capsized.  Of these 15, 1 died from drowning during the event, 7 survived with spontaneous circulation, and 7 survived after prolonged resuscitation.  This report takes you through their inpatient evolution, beginning with an the impressively fast initiation of ECMO and ending with decryption of their long term neurocognitive outcomes.  Definitely an interesting read, more on ECMO in the future.

The next article by Claesson et al, attempts to characterize every documented drowning case responded to by its national EMS system over a 15 year span.  While the article does a good job of using what data is available to subcategorize cases based on environmental and demographical aspects, what I like most about it is its ability to show the importance of working toward the establishment of a national drowning registry to include both fatal and non-fatal incidents so that the highest quality data can be obtained.

The final article is an Editorial from the same issue which highlights some of the important points from the previously mentioned articles.  Definitely some interesting and unique data on cold water submersion survival.

Characteristics of lifesaving from drowning as reported by the Swedish Fire and Rescue Services 1996-2010. (Claesson; Resuscitation, 2012)

As with any disease process, the burden of a drowning incident does not stop after the acute event has been managed.  With the primary pathophysiology being hypoxic/anoxic brain injury, the long term effects and prognosis following a drowning incident can vary greatly from individual to individual based on the severity of the initial injury.  Decades of research have gone into determining prognostic indicators associated with drowning, especially in the pediatric population.

Recently, the Scandanavian Journal of Trauma published an article entitled Neurologic long term outcome after drowning in children (Suominen P, Vähätalo R).  This article reports on the findings from a review of literature to determine the following:


Through this review, important factors which have been shown to affect survival were reported as follows: the duration of submersion, the need of advanced life support at the site of the accident, the duration of CPR, and the establishment of spontaneous breathing and circulation on arrival to the ER.  As would be expected, most of these factors can be directly related to the level of hypoxic injury experienced by the patient.

The authors also presented the findings from a series of articles which report on long-term neurologic sequelae following drowning incidents.  There was unfortunately a very large amount of variability on the quality of data and the data points available for analysis.  One data point which was affected greatly was reported submersion time, which highlights the importance of standard reporting of drowning incidents and high quality pre-hospital data collection.

If you are fairly familiar and up-to-date with the latest in drowning resuscitation, pre-hospital, and inpatient treatment, bear with us as we present the following review articles from the pat 3 years which provide a good summary of how to approach the drowning victim in the pre-hospital and Emergency Department setting.

Since we have now provided a solid foundation, from here on out we will do our best to provide quality literature focusing in on the aspects of epidemiology, treatment, and outcomes.
Posted by Andrew Schmidt, DO, MPH at 4:23 PM 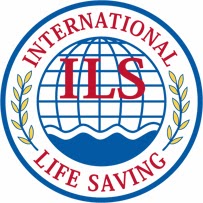 As an inaugural post, we will start out with the landmark meeting of the World Congress on Drowning in Amsterdam in 2002.  If you are visiting this site you are probably familiar with (and may even have attended) this meeting.  During this meeting, the congress developed recommendations with the focus of standardizing the definition and reporting of drowning around the world

A quick synopsis of the recommendations:

A universal standard definition for drowning was established:


Drowning is the process of experiencing respiratory impairment from submersion/immersion in liquid.

Once it is determined a drowning incident has occurred, there are 3 possible outcomes:
A great article by Idris et al in 2005 outlined these recommendations and provided sample data collection sheet based on them

There are many articles which provide evidence to support the importance of establishing a standard definition for drowning, one of our favorites being by Papa et al (2005), which highlights the amount of variation present within the research world when it comes to defining  exactly what is meant by the term "drowning".